Ballroom dancers are known for their passion. Martin Van Der Poel and Dianne, his wife of 34 years, take that passion to a new level.

About 35 years ago Martin met Dianne at Gilkisons ballroom dancing studio in Perth; however the commitments that come with having children forced Martin and Dianne to stop dancing for a few years. Their joy of dance was passed down to their two boys, who both became accomplished dancers in their own right.

Sean placed third in Adult New Vogue at the 2011 Aussies and is currently a part-time dance instructor.

Martin and Dianne started competitive dancing 21 years ago and competed for 17 years until injury intervened. DanceSport has taken a back seat for the past four years but they are still dancing as part of a Masters formation team in Perth.

Years ago, when the whole family was immersed in dancing, Martin started videoing competitions to share with friends. DanceSport photographer, Anna DiVincenzo of DSWA, asked him to put some footage on the internet so others could get an idea of the movement of dance in addition to the photos. "Videotaping events quickly got bigger and bigger," Martin recounted.

Behind the camera with Martin Van Der Poel

In 2007 Martin started uploading videos online. He has uploaded over 7,000 videos and says he has nearly cracked a million views. His YouTube channel has 846 subscribers and in July 2019, his videos accumulated 9,000 views in one month.

"People ask me why I do this, and I tell them it’s because we are dancing people. We love dancing, and the dancers love watching the videos. But most importantly I make the videos because so many dancers say 'thank you'", Martin explained.

Martin doesn’t use any special equipment. He has had numerous cameras over the years and currently uses a Canon G30, which he has owned for five or six years. Three batteries, which last a total of approximately 12 hours, accompany him to each event.

Large events result in some 12-14 hours of video. Every two hours of footage requires an hour of editing and labelling.

The next competition Martin plans to film is the Zahira Crystals Perth Ballroom Challenge on 8 September. If requested, and time permitting, Martin could film any event in WA in exchange for free entry.

DanceSport would like to publicly thank Martin for his passion and dedication - and remind dancers that the ADS Night of Stars video is now online. 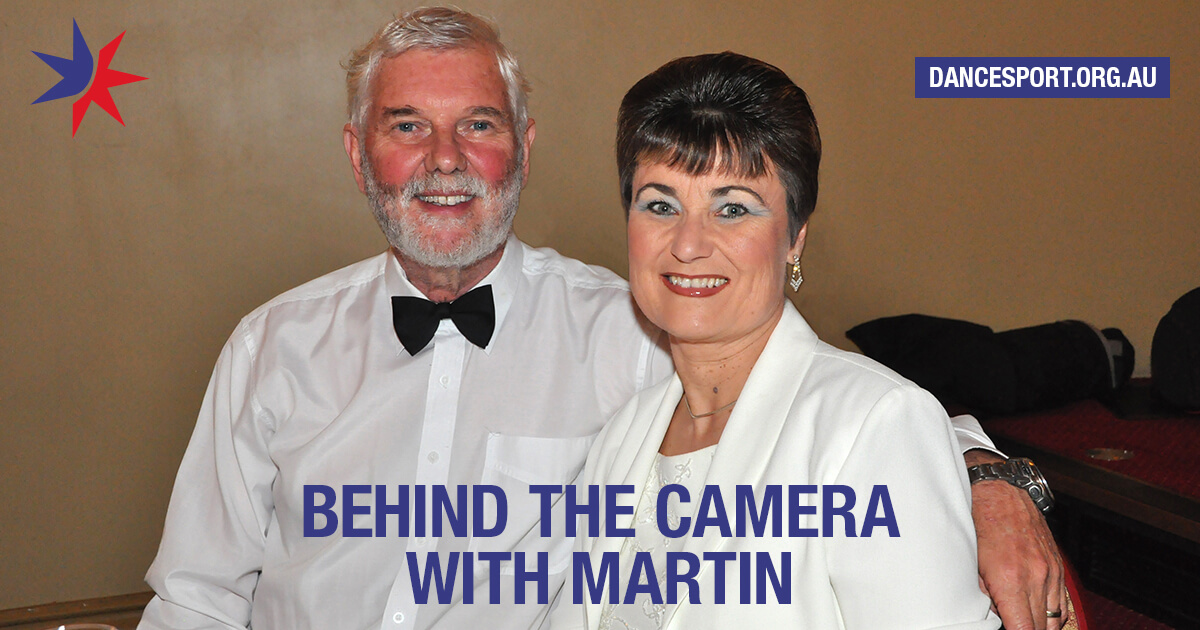 Behind the camera with Martin Van Der Poel in WA

PS - Thank you to Anna Di Vincenzo for the great photo