In the last newsletter, we announced Australia’s representatives for the 2019 world championships. Now we detail how they are selected.

As many of you are aware there are two world governing bodies: WDSF (World DanceSport Federation) and WDC (World Dance Council).

There are some differences in dance figures and styles and couples may choose to go to either WDC or WDSF events – a decision often made in consultation with their coach.

Two couples are chosen from the following age groups:

Note: The Junior category depends on their age for the following year as they could be too old.

How to be nominated

The qualifying events for both governing bodies are held at the Australian Championships in December:

Note that the Open Professional Championship is actually open to professional dancers across the world.

The DSA Selections Commission nominates the winning couples to be Australian World Representatives.

Two couples are then invited from each style and age-group for the WDC and WDSF events. If they decline the choice goes to the third choice and can be offered to couples securing up to sixth place.

Sometimes couples decline as they or their coach feel they are not quite ready or funding is an issue.

The international competitions are mostly held in Eastern Europe in peak season, therefore flights are at their most expensive (easily AUD$2,500 per person).

There is no entry cost for the couple, however many will purchase new costumes. Overall it is an expensive exercise, and of course this increased if family need to accompany younger couples.

Daunting but worth it!

In the words of one experienced competitor, "Once you get there it is a relief and all the competitors want to do their best" 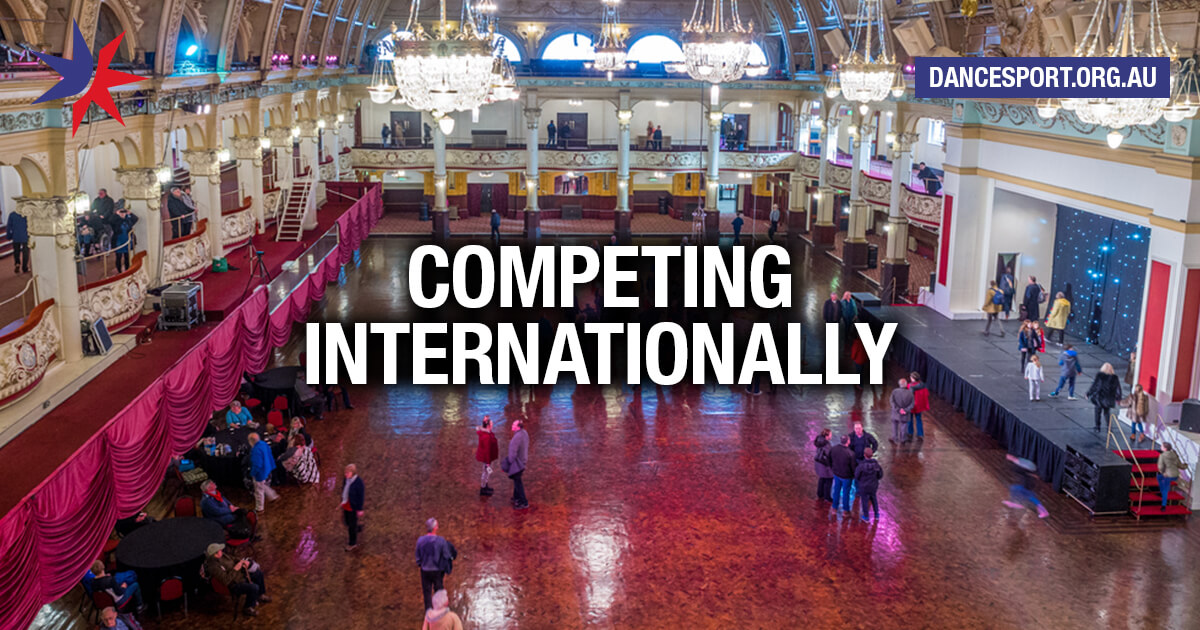