There is no doubt that the function of Adjudicators is an integral part of DanceSport and on all levels Adjudicator's actions must be beyond reproach. Competitors, Coaches and parents must have confidence in our Adjudicators or else people will move to other sports and activities.

Over the past two years the amount of complaints received by my office (Sports Director) that revolve around Social Media - in particular, postings by DSA Adjudicators - has grown exponentially. This is no surprise as the impact of the internet and Social Media grows exponentially.

On Sunday 15 October 2017, the Directors of DSA moved to include Postings to Social Media in the Adjudicators Code of Conduct. Essentially Adjudicators are required to abstain from any interaction with Social Media in relation to any DSA Competitions they have been engaged for. This should be treated similar to the 'Do not consume alcohol' requirement.

Below is an extract from the Adjudicator Code of Conduct;

... a participating Adjudicator should not:

In plain english ... Adjudicators must not Post, Like (and other emoji) or Comment on any Social Media in relation to any DSA Competition they are Officiating at. Further they must not allow their image to be used, for example ... photos of couples with Adjudicators are not acceptable and must not be posted by a third party.

NOTE: Editorial style images where Adjudicators appear in the background and are not identified by name (such as the image below) are considered acceptable under this policy.

DSA Adjudicator Licensing requirements require DSA Adjudicators to know and follow the Code of Conduct and breaches may be referred to the Ethics and Compliance Commission.

The full text of the Adjudicators Code of Conduct (as well as the Competitor, Coach, Scrutineer and spectator Codes of Conduct) can be found in the Member Protection Policy which is online at: 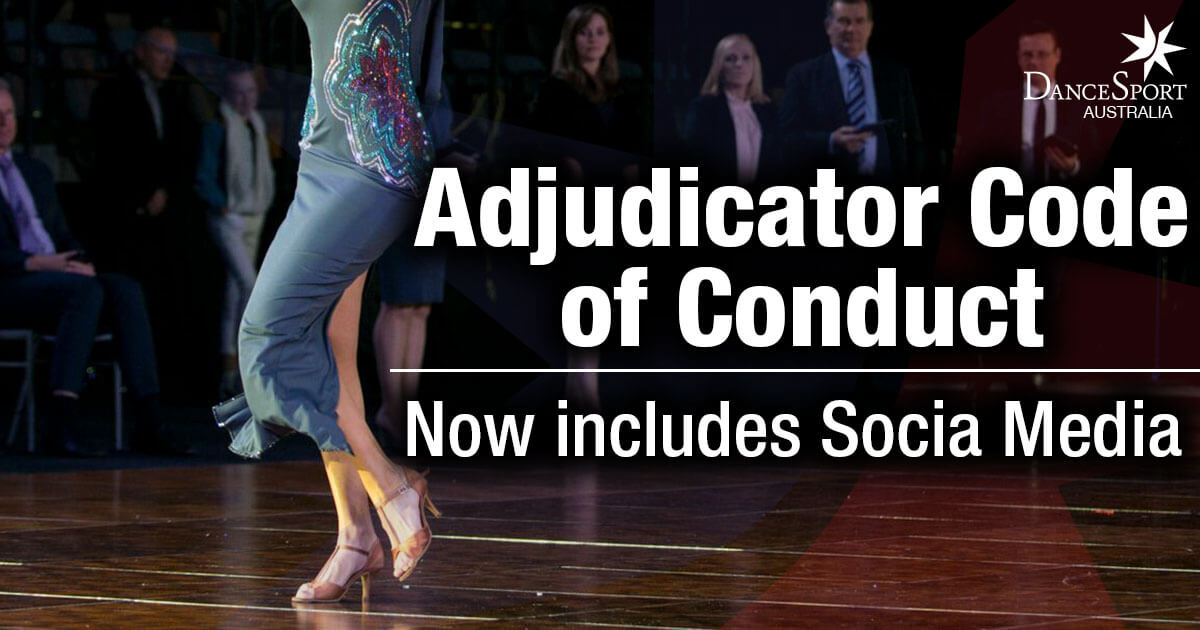